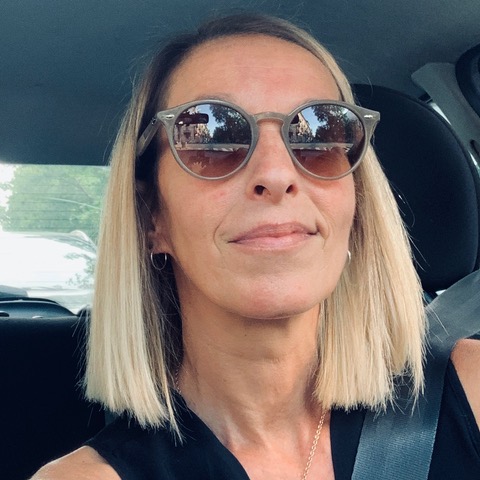 I am an independent creative, art director and graphic designer,
based in Milan, specializing in communication and event organization,
developing projects ranging from design to branding and social media marketing consulting,
with a strong focus on the cultural and artistic field.

I decided to join the Open City project because I have always been interested in the cultural and social transformation of cities.

Always attracted to undeground culture, music and art, she worked as costume designer and de-
signer with the Krypton Company and the Scandicci Theater Studio for the show by Giancarlo

Cauteruccio, Corpo Sterminato. Aesthetic and linguistic research on the relationship between the
scene and digital technologies.
Then Afterwards, she began undertook various long-term collaborative projects to cooperate as a
graphic designer for with various some agencies and communication studios, including Bloody
Fine and Almagreal. In the same years during this period, the first projects related to electronic
music were born and together with the Urban Mantra Records label, she organized the Music
Festival for three consecutive years (1999-2001), on the occasion of to coincide with the European
Music Day 21 June.
In 2005 she founded, together with Marzia Lodi and Natalia Bavar, the MKN Cultural Association
for the promotion and dissemination of digital arts. Among the main events in collaboration with
the Municipality of Florence, First°, a contemporary art event and three editions of Muv, Music and
Digital Art Festival.
In 2007 she moved to Milan and together with Fabio Pinzi and Valentina Mutti she founded the
Music Priority Cultural Association, a team of great technical ability and knowledge acquired
over years of experience in within the heart of different sectors, events, music and communication,
working as art director and organizational coordinator.
With Music Priority she promoted the Italian electronic music, setting up for ten years (2007-
2016), public and private events, aimed at the youth universe audience and the artistic cultures
of reference. Among the main events, the Music Festival (ten editions), in collaboration with the
major leading institutions of the area, and numerous other events resulting from partnerships with

the most representative crews s in town, such as Circle Party, Warehouse, BANG !, 4thfloor, HUSH-
party, A Dose of, Holi Dance Festival.

At the same time, she continues her activity as a freelance graphic designer and creative director,

and organizes several events of Live Graphic Contest, in collaboration with IED Florence, Mos-
tra-Mi and Spazio Ansaldo. Since 2016 she has actively worked in the Lambrate area, contribut-
ing to the birth of new productive and cultural realities, such as Osteria Milano and Formidabile

Lambrate.
In the last 2 years, she has been cooperating, as graphic designer, with the Rome Film Festival for
the production of the events agenda and catalogue; she was executive coordinator of Street is
Culture, the first multidisciplinary reality in Italy for the diffusion of Street Style and Culture.
She currently works as a freelance art director and graphic designer.